The world’s most unusual cheeses

For even the most dedicated cheese connoisseurs, the sheer number of cheese options out there is vast. For every country there are countless cheeses that have been perfected over the centuries, from traditional English Cheddar, to the ever-popular Italian Parmesan, delicious French Camembert through to classic American Monterey Jack. Behind these world-renowned cheeses, there are the more unusual varieties, borne from experimentation with various milks and fermentation processes that even the most honed cheese lover may find surprising. So, what are some of the world’s most unusual cheeses? We explore just some of these below: 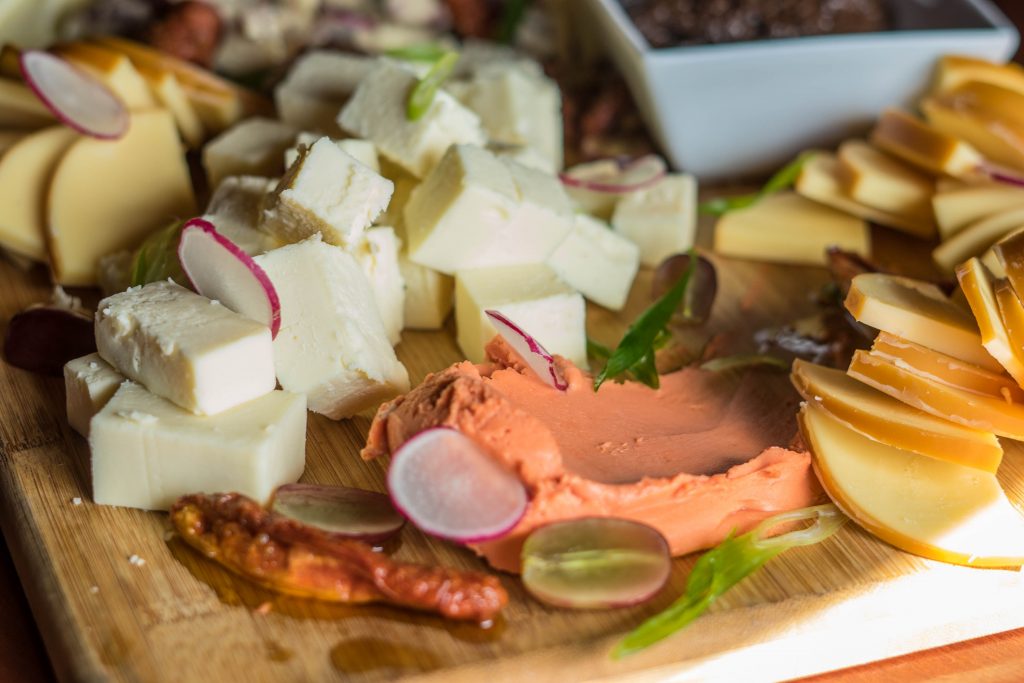 Produced for centuries within a number of African countries including Ethiopia, Sudan and Mauritania, this cheese made from the milk of camels contains more fat and protein than traditional cow’s milk cheese varieties. Due to the drier climate, milking camels is a great alternative to cow’s milk, but the actual cheese making process is that bit more difficult with milk of this kind, therefore rennet is produced from parts of the animal’s stomach, ultimately producing a sour cheese with a strong smell.

Not one for the faint of heart, Casu Marzu from Italy is served with a side helping of maggots. Named the ‘the most dangerous cheese in the world’ by Gordon Ramsey, Casu Marzu is pecorino cheese that has been left to rot, attracting flies who lay eggs, which hatch and become maggots, and this is how Casu Marzu is produced. Want to try it? You’ll have to travel to Sardinia for the pleasure, as it cannot be imported due to the fact that it contains live insects.

A German delicacy that may rival Italy’s Casu Marzu, Milbenkase, produced in Wurchwitz, is ripened with the help of dust mites. Left for many months, mites (fed with rye) excrete a certain enzyme onto the ripening cheese, which eventually turns black, highlighting that it is ready to eat (with the mites). The end result is described as bitter and somewhat zesty.

Dubbed one of the world’s most expensive cheeses, Pule (made from Donkey’s mile), costs on average $570 per pound. The reason it is so expensive is due to the fact that donkeys can only produce around 200 ml of milk each day, put into perspective, 1kg of cheese would require 25 litres of milk, therefore it can be very costly and time consuming to make. The cheese itself is produced at the Zasavica Special Nature Reserve in Belgrade and the milk created by Donkey’s boasts some amazing health benefits, providing 60 times more vitamin C than traditional cow’s milk.

Produced in New York and not available for to purchase, cheese made from breast milk was the result of experimentation by chef Daniel Angerer, who found his fridge overflowing with his wife’s breast milk that would have otherwise gone to waste. Detailing the cheesemaking process on his blog, Daniel added beetroot, porcini mushrooms and even onion chutney to the cheese. Of course, this cheese has never been sold or served to any customers, and here at JS Bailey, we highly doubt the concept of human milk cheese would ever take off.

For our expert cheesemakers at JS Bailey, whilst we certainly don’t take our experimental production to the level of some of the cheeses we have mentioned above, we do like to experiment with our flavours, which has led us to some of our most popular handmade cheeses including: Cheddar and curry, our extra spicy scorpion, volcano and flamin’ hot cheeses.

Want to try some of our tasty cheeses? Visit our on-site Calveley Mill Shop to pick up your next favourite cheese.